Note: This essay represents my own thoughts and not necessarily those of my employer or any organization with which I am affiliated.

On February 26, 2019, the Texas House Public Education Committee laid out and heard public testimony on HB663, which primarily would do two things:

HB663 is extremely similar to 2017’s HB884 (see my blog entry on that bill). I have some of the same concerns about this bill as I did that one. 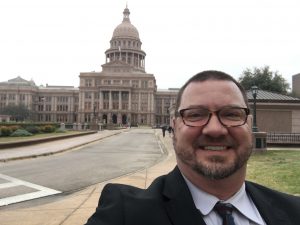 The way the bill was presented, its intention is to build on the work that the State Board of Education has already done to streamline the math, ELAR, science, and social studies TEKS. Legislators are still hearing from their constituents that there’s too much content to teach in one year and the tests are overwhelming. It’s worth noting that while the TEKS for science, social studies, and ELAR have already been streamlined, social studies and ELAR won’t be implemented until the 2019-2020 school year. So no wonder teachers aren’t noticing streamlined TEKS yet. The process takes time to play out. Lots of time.

It is also worth noting that we are going to see some action on STAAR in coming weeks, especially in light of the Texas Monthly report (if you haven’t read it, you really should) by Mimi Swartz that the Reading STAAR may actually be at a higher reading level than the grade it’s assessing. But that’s a different topic for a different day.

Let’s Look at the Pros

There are some things that I do like about HB663. I do believe, and I think my math colleagues would agree, that it’s important to review and revise any set of curriculum standards on a regular basis. We need to look critically at the math TEKS in light of what we know about better practices, current research, and emerging trends in addressing equity every few years so that we can make sure that our students are truly getting the best education we can provide.

I like the emphasis on reducing the number/scope of the TEKS for a given grade level and paying attention to the amount of instructional time it takes to actually teach that standard to mastery. The SBOE has incorporated reduction in number/scope of TEKS as they streamlined science and social studies and revised ELAR. We also paid attention to that in the 2012 revision of the math TEKS.

(c) In complying with this section, the State Board of Education shall:

I didn’t notice this at the hearing this week but I’m wondering now if this section actually gives the SBOE some authority over assessment. As they are “considering” assessment instruments, would they be able to go back and direct TEA to assess a particular TEKS/SE differently? Or will they just go on record as saying “this doesn’t adequately assess this particular TEKS/SE?”

There is an inextricable link among curriculum, instruction, and assessment. Many of the issues that authentically concerned parents are bringing to the SBOE relate not to the TEKS themselves but how they are assessed. This section of HB663 might actually give the SBOE some ability to address those concerns. And right now, with the current SBOE leadership and members, I would trust the SBOE to make the right decision in most cases. In any event, it places some supervision of assessment into the hands of elected officials who are directly responsible to their constituents.

On the Other Hand…

HB663 requires a reduction in the number and scope of TEKS in any particular grade level for TEKS that were adopted as of January 1, 2019. This includes math (HB884 set a date so that math, which had just been revised and implemented, would not have been subject). HB663 also requires that such revision would not require a call for new instructional materials, which means that you can’t add content to any grade level. This process is what the SBOE used to streamline the TEKS for social studies and science. So even though HB663 doesn’t use the word streamline, I think it’s fair to use it to describe the review/revision that HB663 describes.

There’s a problem with how this process would play out with mathematics.

Math builds vertically. If you remove content from one grade level and cannot move it to a different grade, what are the vertical implications? Here are some examples. 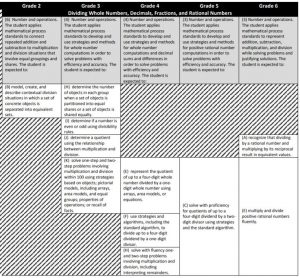 However, being able to determine if a number is even or odd is a really useful skill when you’re dividing whole numbers and decimals in 3rd, 4th, and 5th grades. It’s also useful in Precalculus when you’re looking at even or odd polynomial functions. So if the third grade teacher doesn’t teach it, then there are times when teachers at other grade levels will need it and you’re adding to the instructional time required for mastery of that grade level’s TEKS.

There’s also a problem in the timeline described in HB663. Let’s look more closely at this.

Right now, the SBOE is scheduled to:

HB663 accelerates this timeline by one year and does so in a way that mathematics and science will be reviewed/revised at the same time. This requires more resources for TEA and the SBOE in terms of personnel to manage and support the work as well as travel, etc., to bring committees together to work. (Don’t say “virtual meetings” – if you’ve ever sat through one you know it’s not the same. This work is too important to short-change our kids that way.) I don’t see the current Legislature allocating those additional resources.

We will need to make sure that careful attention is paid to vertical alignment issues and that will take time for experts and specialists to study the proposed streamlined TEKS. In the 2012 revision, we ran into budget and timeline barriers when the mathematics TEKS revision committees asked for additional time for vertical alignment work. In a compressed timeline with multiple subjects being reviewed, I can easily see those barriers re-emerging. The end result would be a set of standards that isn’t the best we could produce. That hurts kids and that hurts the Texas economy.

When the Legislature eliminated the Technology Infrastructure Fund and turned textbook funds into “Instructional Materials Allotment” dollars, their intention was that school districts would have greater flexibility to use the IMA funds for instructional materials, technology required to use the instructional materials, and personnel required to implement the technology. As I recall, it was a net reduction in district funds at that time and has not significantly increased when you compare the dollars to inflation and increased student enrollment.

The SBOE issues a Proclamation for instructional materials when they determine that the TEKS for a subject area have changed significantly enough to warrant purchasing new instructional materials. As outlined above, this is at least a 3-year process for adoption of revised TEKS (year 1), SBOE review and adoption decisions (year 2), and district review and adoption decisions (year 3).

The Legislature appropriates funds for a 2-year biennium. It is quite likely that the lead time required for a Proclamation may not coincide with the biennium of IMA funds. Here’s what I mean.

To be honest, I appreciate the intent of this bill. I do wonder, however, if in its current state, it will achieve its espoused goals of fewer and clearer TEKS at each grade level and freeing up more IMA funds for technology.

The SBOE has a process in place to review the science TEKS and then the mathematics TEKS for adoption by September 1, 2023. I’d rather let that process play out, seeking involvement from educators, business and community leaders, and parents. SBOE members learned a lot from the 2012 revisions and the process is much better now and more clearly defined, giving all stakeholders multiple opportunities for meaningful input.

As far as IMA goes, it would better serve our kids if the Legislature would adequately fund both technology and instructional materials rather than their current approach of dividing a shrinking pie into smaller pieces.