The 140 days of the 85th Texas Legislature draw to a close at the end of May. And as with teachers and students at the end of the school year, it’s crunch time. Lots of education bills were filed, many relating to mathematics education. Here are the three that I’m watching this week. There are many other important bills, some relating to education, out there. But these are the ones I think have the most potential to affect Texas mathematics education.

I’ll update this blog entry as the session moves. Current time stamp is at the top, and I’ll make edits as the bills move (or die) toward the governor’s desk.

If you have a preference on any of these bills, one way or the other, you should promptly contact your legislator. You can find out who your House Representative or Senator is on the Texas Legislature website’s Who Represents Me? link.

Updated Tuesday, May 16, 6:00 AM (updates in orange) for current bill status and additional info on HB884

Updated Tuesday, May 23, 8:00 AM (updates in magenta) — apologies for some of the colors; I’m running out of readable options! 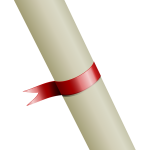 I consider this to be must-pass legislation, or many high school students really will be harmed. SB826 (you can read its current text) amends the HB5 wording that forces Algebra 1 and Geometry to be prerequisites for the “advanced mathematics” credit that is earned for the Foundation diploma and any Endorsement.

If this bill does not pass, then there is a conflict between HB5 and the SBOE-identified graduation requirements in TAC Chapter 74. In that case, statute trumps the Administrative Code. Courses such as Math Models, Algebraic Reasoning, or Algebra 2 that students take prior to or concurrently with Geometry would no longer count as the “advanced mathematics” credit and would only be a state elective credit. That’s bad. This is the impact that I believe will actually harm students.

If this bill passes, and it’s approved by more than 2/3 of the Texas House, then it will take effect immediately upon receiving the governor’s signature.

SB826 passed both chambers unanimously. Its final language calls for implementation during the 2017-18 school year, which doesn’t help this year’s seniors. A colleague last week at McMath reminded me that this year’s seniors are the last 4×4 class and are part of the group that could opt in to HB5 graduation plans. So unless a graduating senior is on the Foundation/Endorsement HB5 plan, they would not be affected by the prerequisite language from HB5.

Placed on the House calendar for floor vote on Tuesday, May 16.

UPDATE: SB826 passed second reading and is scheduled for third reading on Wednesday, May 17.

UPDATE: SB826, as amended by the House Public Education Committee, passed the House and is being sent back to the Senate to address the Bohac amendment.

UPDATE: SB826 as amended was passed by the full Senate on Monday, May 22, and sent to the governor. It is waiting for his signature.

I am hearing that there is no opposition to this bill. However, at the end of the session, good bills tend to become victims of debate to stall votes on bad bills. Another roadblock was introduced when the House Public Education Committee approved Rep. Bohac’s amendment to allow the third and fourth mathematics and science credits to be completed with an advanced CTE course. If the full House approves this version of SB826 , which is not what the Senate passed, the Senate has to hold a new vote to approve the changes or send the bill to conference committee. At this point in the calendar, any extra step reduces a bill’s chances of becoming law.

The Senate concurred with the Bohac amendment (whew!) and SB826 was passed by both the House and the Senate. As of May 30, it is sitting on the governor’s desk with plenty of company waiting for his signature. 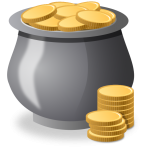 I have mixed feelings about this bill. It primarily does two things (you can read its current text):

The current mathematics TEKS were approved in 2012 and implemented in K-8 during the 2014-15 school year and in high school during the 2015-16 school year. I think there is pretty universal agreement that this implementation, on the statewide level, was, I’ll be polite here –rough.

There is also pretty universal agreement that our current mathematics TEKS need to be refined/revised/streamlined. The SBOE decided just last month to wait until the mathematics TEKS come up again for revision in the SBOE cycle. Final decisions have not been made but that appears to be likely for committee work in the 2019-20 school year, adoption in 2020-21, with implementation in 2021-22.

HB884 forces that cycle to move up one year so that the math TEKS revision work would begin in 2018 for a required implementation in 2020-21. My sense is that revising the mathematics TEKS takes time and an arbitrary 2020-21 deadline will apply enough pressure so that good people will make bad decisions. I would rather the SBOE have flexibility to work with mathematics educators, parents, and community members in order to get it right. I do not believe that children are being harmed by our current mathematics TEKS.

HB884 attempts to right that ship. The bill requires any future Proclamation for instructional materials not to exceed 75% of available IMA funds for that biennium. Theoretically, that leaves 25% of IMA funds available for technology and professional development.

It is worth noting, however, that there were no Proclamations 2012, 2013, or 2016  and Proclamation 2018 contains only Special Topics in Social Studies (read: Mexican-American Studies). Depending on how these Proclamations fell in the biennium, these were savings that districts could have used for technology and professional development. Or, these funds were used to pay for instructional materials under the heavy Proclamations 2014, 2015, and 2017.

In general, my feeling is that HB884 intends to give school districts more flexibility but may, in actuality, do the opposite. We may well end up with rushed mathematics TEKS, creating new problems while attempting to solve current ones. I’m also concerned about how the 75% cap might affect future implementations of revised TEKS, such as the upcoming ELA/R TEKS revision. That cap may force a 3-year implementation instead of the currently planned 2-year implementation if instructional materials would exceed 75% of what the Legislature allocates for IMA funds. We’ve certainly seen past Legislatures short-change textbook funding.

Passed the full House Wednesday, May 10, and is heading to the Senate. At least, I think — the calendar said “second reading” but the Speaker announced it approved for “third reading.” I’ll clarify this later as I learn more. Update: HB884 has, indeed, passed the House and is pending assignment to the Senate Education Committee. Concerns, questions, or views on HB884 should be directed to members of the Senate Education Committee at this time.

HB884 requires a Senate Education Committee hearing and then full vote of the Senate. It seems to have momentum, but the House and Senate are fighting about other bills, with some House representatives threatening to kill Senate bills and some senators threatening to kill House bills. HB884 could easily get caught in the crossfire. UPDATE: As of the morning of May 23, there has not been any Senate committee action on HB884. With 6 days left in the session and no finalized budget, it is increasingly unlikely that HB884 will be passed and sent to the governor.

HB884 was heard by the Senate Education Committee and died while waiting to be scheduled for public hearing. 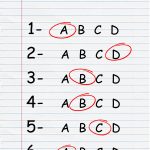 I find this bill interesting. HB515 redefines how we think about the accelerated instruction component of the Student Success Initiative (SSI) and adjusts the assessment calendar somewhat. At a glance, this bill (you can read its current text), among other things:

This bill is big. And until last week, was not on my radar. There were several bills aimed at curtailing assessment that were filed this session, and this is the one that sprouted legs and made news last week across the state. With its adjustments to SSI, it also has the potential to restructure a lot of our mathematics intervention programs. Funding for any of these programs is still tied up in the budget fight between the House and Senate.

UPDATE: During testimony, Commissioner Morath provided an overview of accountability implications (view the video, jump to 1:11:00), including the elimination of repeated administrations and expanding accelerated learning requirements to Grade 3. HB515 removes K-8 high-stakes assessment (for students, at least) by eliminating the requirement to pass STAAR at Grades 5 and 8. Much testimony focused on the Social Studies testing requirements, including SBOE District 11 Member Pat Hardy, who linked the Social Studies curriculum — and its testing — as fundamental for preparing Texas students to participate in U.S. democracy.

After listening to the Senate Education Committee, I’m concerned that HB515 would return us to the days of accountability when students had no skin in the game (personal accountability) but teachers and schools did. We know from past experience in math that if students aren’t required to pass the state test, then they don’t take it seriously because it has no consequence for them personally.

UPDATE: The Senate Education Committee met briefly on May 22 to pass Committee Substitute HB515. CSHB515 does not change SSI (students’ high-stakes assessment) and leaves intact the currently required STAAR and STAAR EOC’s. This revised bill does require the SBOE to study/report back the 8-12 social studies curriculum and eliminates TAKS and the optional Algebra 2 EOC and English 3 EOC, which will save TEA some money. In my view (remember, reasonable people can agree to disagree), the problematic parts of HB515 have been removed from the bill — eliminating the high-stakes requirement for students and gutting the Student Success Initiative.

Passed the full House Friday, May 5, and has been received by the Senate.  The Senate Education Committee is holding a public hearing on Tuesday, May 16.

UPDATE: CSHB515 passed the Senate Education Committee unanimously and was recommended for the Local Calendar (uncontested bills that are fast-tracked for approval).

UPDATE: CSHB515 (read the revised text here) has been placed on the Senate’s Intent calendar for today.

The Senate has had this bill for 6 days and not assigned it to committee. As with HB884, it is possible that HB515 may get caught in the crossfire between the House and Senate over other bills.

UPDATE: During May 16’s public hearing, Chair Taylor indicated his intention to make changes to HB515. If the Senate passes a different version of HB515 (including a committee substitute) then it will require House approval or a conference committee. With 12 days left in the session, any additional step is a big hurdle for any bill.

UPDATE: There are only 6 days left in the session and some big, headline-grabbing bills still lingering. This bill still has to pass the full Senate and get the House to concur with the pretty stout Taylor amendments in order to make it to the governor’s desk. That’s a long road for this bill to become a law.