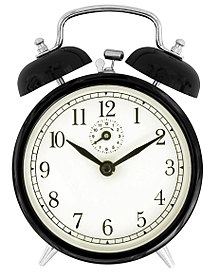 Today is the last day for Senate bills to clear the House and for all bills to clear the Senate. Full confession: the House rules are clearer to me than the Senate, so it’s possible that the below analysis contains faulty assumptions. If that’s the case, please forgive and I’ll correct it as soon as I’m aware of it.

Here’s a quick synopsis of the bills that were on my watch list. As has been the case for the last few weeks, HB3, the school finance bill, is still in conference committee, so any movement on that front could impact other items, especially since the Senate version of HB3 included additional STAAR testing requirements.

Interestingly, I did miss HB4310, which prohibits a school district from penalizing a teacher who does not follow the district’s scope and sequence. It’s on the Senate consent calendar today so could be on Governor Abbott’s desk today. Not sure how that slipped my radar, but here it is.

If you want to contact your House Representative or state Senator today, use the Texas Legislature’s Who Represents Me? link. Move quickly, though. Midnight beckons.

These are bills that are on the calendar today or pending in the Senate Education Committee. “Pending” means that they held a public hearing but did not vote on it yet. According to Senate rules, as long as they clear committee and are placed on the Senate calendar for debate/vote by midnight today, then they’re still live. I can’t call these “dead” yet.

Time of Death, Midnight, May 21

A bill may die, but sometimes it’s spirit is attached as an amendment to a related bill. These bills have technically died, but their ideas could be amended onto other education bills if time permits.