Throwing Your Weight Around

No, dear, you cannot change -16 to -12 in the quadratic equation because it factors more nicely.

–Disgruntled Curriculum Specialist, Could Be Your ISD

Ever feel like every quadratic equation has an x-squared term with a coefficient of -16 or -4.9? -16 factors nicely but -4.9 certainly doesn’t. Projectile motion is a great context and is highly relevant both to students and to a variety of careers and situations. Coefficients of -16 and -4.9 are directly related to Earth’s gravity, so it’s hard to change  those values so that the curve makes a prettier graph or so that the equation becomes more easily factorable. 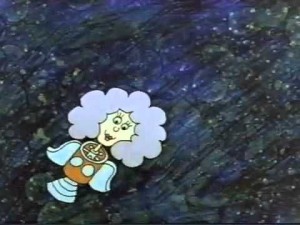 Fortunately, there are plenty of other places in the solar system to obtain different coefficients for quadratic functions rooted in projectile motion. NASA has a spiffy planetary fact sheet that compares attributes of other planets (and Pluto, which is an ex-planet — is there a support group for planets that got kicked out of the club?) to Earth using ratios.

If you’re using customary units of measure, the acceleration due to gravity on Earth is about 32 feet per second per second (ft/sec2). In projectile motion, the general form of the quadratic function of height as a function of time is h(t) =

, where g represents the acceleration due to gravity,

represents the initial velocity, and

Using the ratios from NASA, you can generate the following list of values for other planets’ accelerations due to gravity.

Planetary Accelerations Due to Gravity

If you’re using customary units, here are different accelerations due to gravity in feet per second per second.

If you need metric/SI units, here’s a table for accelerations due to gravity in meters per second per second.

If you’re at your wits end looking for different numbers – other than -16 – to use with quadratic equations in projectile motion, try sending the problem to the Moon. Or to Mars or Neptune since their gravities are friendlier to factor.